You are here: Home1 / protect duty 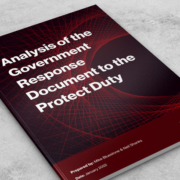 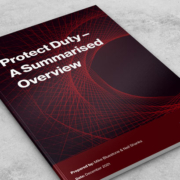 What is Protect Duty and what is currently known?

In the public inquiry into the Manchester Arena Bombing (which took place during a concert on 22nd May 2017 and resulted in 23 fatalities) the Hon Sir John Saunders, Chairman of the Inquiry, stated it was their belief that it would be “… reasonable for publicly accessible venues able to hold gatherings of 100 persons or more to carry out an assessment of threats and implement appropriate mitigating measures at their premises.”.

What is the new legislation likely to address? 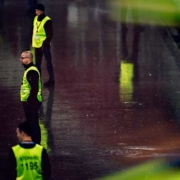 The owners and operators of businesses and public spaces such as concert halls, shopping centres, and parks will be legally bound to protect such venues from terrorism under a new statutory duty proposed by the government.

The so-called “protect duty” reflects proposals put forward by the family of Martyn Hett, who was killed in the Manchester Arena bombing attack in 2017.

Home Office officials are reportedly launching a consultation on legally forcing organisations to increase physical security at venues and train staff to respond to terrorist attacks, as well as putting in place incident response plans – and how failure to comply would be enforced.

Security Minister, James Brokenshire, is quoted as saying that the government’s first priority is keeping the public safe and preventing more families from suffering the heartbreak of losing a loved one. The Minister stated that the devastating attacks in 2017, and more recently at Fishmongers’ Hall and Streatham, are stark reminders of the current threats, and alluded to the importance of venues and public spaces having effective and proportionate protective security and preparedness measures to keep people safe.

The Minister went on to stress that the new law must be proportionate. The public consultation will ensure that the laws that are put in place will help protect the public while not putting undue pressure on businesses.

It is understood the Home Office does not expect small businesses and smaller venues to be subject to the plan, rather it would focus on larger spaces.

The public consultation will launch in spring and will seek views from a range of organisations including businesses, public authorities, the security industry and campaign groups. The Home Office will seek views on the proportionality and scope of the duty, and how it should be enforced.

There are currently no specific proposals on how operators of venues and businesses would be penalised if they failed to comply.

Everyone should always remain alert to the danger of terrorism and violent political activists and report any suspicious activity to the Police on 999 or the anti-terrorist hotline on: 0800 789 321