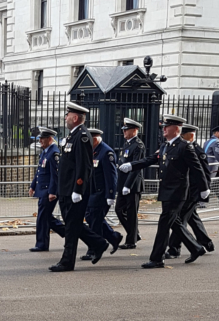 Corps Security, said to be the oldest security firm in the world, is returning to its roots this Remembrance Sunday.

The Corps of Commissionaires – as it was until 2008 – was founded by Captain Sir Edward Walter in 1859 as a means of offering ‘gainful employment’ to ex-servicemen returning from the Crimean War. By 1880, Corps had over 1,000 members operating in London, Belfast, and Liverpool. Only four years later, the company expanded to Australia, where there is still an active veterans’ association today.

Corps Security will be recognising Remembrance Sunday, which falls on the 10th of November, by participating in the March Past and holding a Remembrance lunch at the Army and Navy Club in Pall Mall. The event will be jointly hosted by the company’s Chairman, Malcolm Groat, and CEO, Mike Bullock. The march past will include eight Corps members, five British and three Australian, all of whom are veterans. It will begin at Horse Guards Parade and march towards Whitehall and the Cenotaph where members will pay respect and observe the traditional two minutes silence at 11 am.

The hope is that the Remembrance lunch which follows will be an annual event at which ex-service personnel and trustees of the company can reconnect with their roots and show respect. The lunch will observe a number of traditional formalities, including Grace, followed by toasts from individual marchers to HM The Queen, Chief Life Governor of Corps, its Founder, Captain Sir Edward Walter, and fallen comrades. Ending with a reading of ‘The Soldier’ by Rupert Brooke.

On Friday 8th, Corps Security is also hosting a visit for members of the Corps of Commissionaires Association of Australia to its burial plot at Brookwood Cemetery, Surrey and Founder’s resting place at the Walter ancestral home at Bearwood, Berkshire. Corps volunteers from around the country have also been out selling poppies for the Royal British Legion over the two weeks leading up to Remembrance Sunday.

Nigel Horne, Major Accounts Director at Corps Security, has been a champion of this initiative. He described why the event means so much to him personally and the organisation as a whole: “This is one of the things that binds us to our company history. I come from a military background and the sense of being a part of something in the forces is so important. Events like this link us all to our roots and to something bigger than ourselves.”

Horne served in the army for nine years. Though the Corps Security senior management team is not made up exclusively by veterans, those from all backgrounds are keen to support Horne and champion the cause.

A great deal has changed since 1859. Medical professionals have recognised the need to address mental health alongside physical health; the nature of service jobs has altered greatly; the process of a career transition has become significantly more complex. There are a multitude of ways that life has become both simpler and far more complicated for ex-service personnel. Through all of this, Corps has stayed connected to its history and continued to create an environment that welcomes and respects veterans. Although the company now also recruits from outside the ex-forces’ talent pool, it has never left behind its founding ideals and currently works with the charity Combat Stress, the UK’s leading charity for veterans’ mental health support.

Whilst Remembrance Day provides moments of quiet reflection and sombre contemplation, the march and meal are both opportunities to give thanks for all those who have served and continue to serve our nation and to share, in Brooke’s words ‘laughter, learnt of friends; and gentleness, in hearts at peace’.

Breakfast Event Hosted By Corps Security – Is Your Security Fit For The Future? 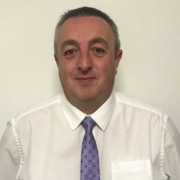