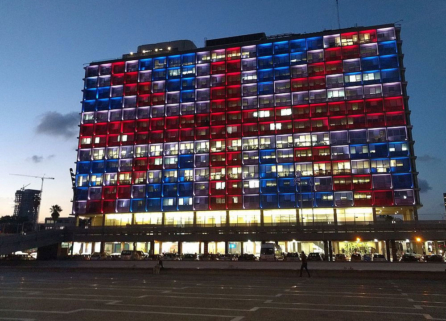 This significant step has been made less than 24 hours after the bomb attack at a teen concert in Manchester, which tragically left 22 dead and 64 injured.

The Prime Minister has also confirmed the identity of the Manchester suicide bomber as 22-year-old Salman Abedi (a Mancunian of Libyan descent), who it is suspected by the Security Service, did not act alone. This leaves open the possibility of an active Islamist terror cell on the loose.

The threat level has only been raised to ‘critical’ twice since the system was introduced on August 1, 2006. Troops are to be deployed onto Britain’s streets amid fears a further terror attack ‘may be imminent’.

Deployed troops will come under the command of civilian police forces throughout the UK, and it is likely that they will be deployed on static and patrolling security duties, as has been seen over the past 2-3 years in France.  The deployment of military personnel will then free up warranted police officers to focus on their counter-terrorism and law enforcement duties.  Additionally, certain military units will provide direct support, and back-up to armed police response teams.

Given the raising of the threat level, readers are advised to conduct a re-assessment of current security measures at their premises and facilities.  Special emphasis should be placed upon perimeter security and access control.  Readers are advised to consider adopting the ‘onion skin principle’ to the physical security of premises, so that (just like the layers of an onion) there are several layers of security measures in place to help prevent, and mitigate the impact of attacks.

Where appropriate, consideration should be given to deploying additional security officers so that the deterrent effect at premises is enhanced, and more trained eyes and ears are on the ground able to spot potential hostile reconnaissance, and/or suspicious behaviour.

Again, in appropriate circumstances, consideration should be given to the deployment of trained ‘sniffer dog’ teams, such measures being especially relevant, for example, to places of entertainment, museums and shopping centres, and facilities which attract large number of members of the public, and where footfall is generally high.

Corps Security and our consulting department, Corps Consult, can assist readers who have specific requests for further support or guidance.

Everyone should always remain alert to the danger of terrorism and report any suspicious activity to the police on 999 or the anti-terrorist hotline on 0800 789 321.

For further information, or for back copies of Corps Relay, feel free to contact our team direct on 020 7566 0516 or via