When did you join Corps and what does your current role involve?

I Joined Corps Security in January 2019, as Duty Security Shift Manager at Guy’s & St Thomas’ Hospital in Westminster, so I’m still fairly new here. It’s an extremely busy role managing all the varied shift patterns for our team of security officers and dealing with any security related issues that may arise. I also attend back up calls for urgent security assistance around the hospital.

Can you tell us a little about your career background / what was your first job?

Security is all I’ve known since I was 18. I started out as security officer at Lloyds Bank head office. After 26 years of working in corporate security I joined Corps, so coming to work in a hospital was a totally new challenge for me. It’s completely different and you see things that you wouldn’t normally see in your lifetime.

If you weren’t in security, what would you be doing as a career?

I would probably have served in the armed forces – but lucky for me I secured my first security role at 18.

What’s your favourite thing about your job?

I like the hospital because every day is different. The fact that it’s non-stop all day and night means a shift goes very quickly. In fact, there is sometimes not enough time to finish everything before the next shift starts. It’s all go, go, go!

What are the main challenges you face in your daily role?

Working in a hospital means you’ve got to think fast. Because each day is different, I need to be agile and ready to deal with any situation during my shift – from being under pressure juggling multiple tasks to problem solving.

What would you say has been your biggest achievement whilst working for Corps?

I’m still quite new to Corps but integrating successfully as part of such a brilliant team here at the hospital and having the opportunity to work with such great people has been a key achievement for me.

I’m a big family man, so I like to spend time with my wife and daughter outside work. We do lots together from shopping, going out to visit different places and trying new restaurants. We have a lot of fun!

What are your aspirations?

I aspire to become a better person and to grow and develop. I think Corps will give me the opportunity to do this to because I can learn from other people at the hospital and the wider Corps team.

Labour shortage. Squeezed margins. Brexit. The security sector is facing the perfect storm when it comes to recruiting the best talent. Parliament have had many votes regarding Brexit deals, but whatever the outcome, the security industry will continue to face challenging times.

The uncertainty around Brexit has created many issues for the security industry which is highly exposed owing to its dependence on immigrant labour. There is a risk that some of our most talented security professionals may not be able to work in the UK after we leave the EU.

At the same time, the UK is suffering a chronic shortage of skilled labour largely because of the pressure on margins and pay which mean security professionals will move on to another employer for a small increase in pay.

Security officers face numerous challenges in their roles. They work long, often anti-social, hours protecting people and the nation’s infrastructure from those who wish us harm. They spend hours watching and waiting in what can sometimes be a monotonous role only for sometimes shocking things to happen meaning they have to react very quickly. As they work alongside our emergency services to keep us safe, they occasionally get caught in the crossfire.

That’s why last month we launched Thank Your Security Officer Day to recognise the essential role our officers play, and why we are talking about security officer’s mental health at our breakfast event with IWFM on 30th October.

Mental health is often in the headlines and it’s fortunately becoming less of a taboo to talk about. But it’s easy to forget that some of our people working on the front-line to keep us safe can be equally affected. Many security officers also come from a military background, sometimes having suffered traumatic events and extreme levels of stress so this must also be recognised and supported.

Come to our breakfast event on the morning of 30th October (https://www.eventbrite.co.uk/e/security-2020-is-your-security-function-fit-for-the-future-tickets-74809373851), hosted in association with the Institute of Workplace and Facilities Management, and hear from experts from Combat Stress about how we can support out front-line officers to maintain good mental health, just as they spend their working life keeping us safe.

Helping to create the best working environment for our people is a step in the right direction to ensuring that we can keep the best talent, whatever the outcome with Brexit. 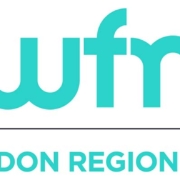 Security 2020: is your security function fit for the future?

We are living in an era of unprecedented challenges in the security sector. From a chronic labour shortage and rising costs to the threat of drone attack and other changing terrorist practices, security ranks high on the list of a facilities manager’s challenges. Come to the IWFM London breakfast event on 30th October at Goldsmith’s Hall, sponsored by Corps Security, and hear from a range of fascinating speakers on this essential topic.

Mike Bluestone from Corps will give an update on the latest on the terrorist threat in London, while Darren Wood at Eclipse will discuss the threat from drones which have hit the capital in force over the past few months. Finishing this breakfast event will be a speaker from Combat Stress discussing how to work with security officers to ensure they maintain good mental health in often stressful situations – a crucial element in recruiting and retaining the best talent in our sector.

This is a great opportunity to meet your peers and network over coffee, croissants and bacon butties while raising money for Combat Stress – there will be a £10 fee which will be donated to the charity to support former members of the British armed forces who suffer from a range of mental health conditions.

8.00am – guests arrive
8.30am – introductions from the IWFM London committee and housekeeping
8.35am – An update on security in the City – Mike Bluestone, Corps Security
9.00am – Drones: the latest threat to London’s security – Darren Wood, Eclipse
9.25am – Supporting security officers’ mental health – Speaker TBC, Combat Stress
9.45am – wrap-up from IWFM
9.50am – networking
10.30am – all guests to depart 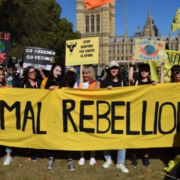 In our previous issue of Corps Relay we circulated the intention of ‘Animal Rebellion’ to attempt to blockade City of London-based Smithfield Meat Market, during the period 7-21 October 2019.

Further updates on the possible impact on our City of London, and City of Westminster customers’ colleagues and premises

Following a further meeting held by City of London Police (CoLPA) and attended by Corps Security’s Regional Operations Director, we can report on the following update:

What tactics will the protesters employ?

Readers should be aware of the likely tactics that protesters will employ:

Where are the most likely locations for protests?

Potential locations that may be targeted by protesters within the City of London include the following:

How will Police respond during the protest?

The policing plan, as advised by City of London Police, will include the following:

The threat to the UK (England, Wales, Scotland and Northern Ireland) from terrorism is SEVERE

NOTE: Threat levels are designed to give a broad indication of the likelihood of a terrorist attack

Everyone should always remain alert to the danger of terrorism and violent political activists and report any suspicious activity to the Police on 999 or the anti-terrorist hotline on:
0800 789 321