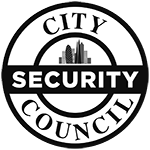 Corps Security has played an important part in the creation of the City Security Council (CSC), a collaborative partnership between City-based security companies and the City of London Police. The group will assist the Police and the City of London Corporation whenever there is a major incident, crises or significant event that takes place within the Square Mile.

CSC members will pool resources in terms of information gathering and sharing as well as their physical presence from more than 1,000+ security officers across the City. The strategy is to explore ways to improve collective responses to threats from terrorism, crisis or emergencies, which affect the City of London. The strategy aims to ensure the highest levels of detection, prevention, deterrence and response.

The idea for the Council came about as the volume of disrupted terrorist attacks and attacks on the UK grew during 2016. In addition, the Home Office, through the Joint Security and Resilience Centre, is working on plans which will see more of the public domain being ‘policed’ by private security companies, so increased collaboration is beneficial.

“The council’s aim is to galvanise efforts and improve incident responses of security companies in the city of London at times of crisis as well as to support the City of London Police,” explained Mike Bullock, CEO of Corps Security. “With a history stretching back more than 160 years providing security services to the City of London, we believe in a long-term, collaborative approach and are delighted to part of this important body.”

For more information about the CSC visit www.citysecuritycouncil.co.uk

Corps Security has been recognised as one of real estate provider CBRE’s top performing supply partners for Q1 2019. The organisation, which has worked with CBRE for four years, has consistently ranked in the top 100 and is the top-performing security business. Corps works with CBRE’s clients across the UK and in a number of different sectors including financial and professional services.

The announcement was made at the Top 100 Suppliers event, held in London earlier this month. The grading is calculated using a number of factors including year-on-year growth, compliance and innovation.

“You have shown consistency in delivering excellent service to our customers and you are as much part of our success in our growth year on year,” said Sabrina Seglah, GWS UK&I Preferred Supplier Manager, CBRE Global Workplace Solutions.

“We are extremely proud to have achieved sixth position out of 100 of CBRE’s top suppliers,” said Mark Rogers, Corps Security’s Sales and Marketing Director. “This incredible achievement is down to the hard work and dedication of our teams across the business who place customer satisfaction and innovation as a priority and have worked hard to build relationships and ensure CBRE’s values are intrinsic to everything we do. Thank you to everyone within Corps and to CBRE for the recognition.” 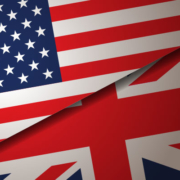 How might this visit impact on City and Central London premises, and premises in other parts of the country?

City of London, Central London, and other customer sites across the country impacted by the visit especially those where there are American owned
businesses or interests, or which are adjacent to such businesses, should place their security teams on high alert.

Today, the first day of Mr Trump’s three-day trip, will see a ceremonial welcome attended by the Queen, Prince of Wales and Duchess of Cornwall will be held in the Buckingham Palace garden. After the welcome, the Duke of Sussex will join the group for a private lunch at the palace.

Later on the president will be given a tour of Westminster Abbey and will also meet Prince Charles and the Duchess of Cornwall for tea at Clarence House.

Heads of state are usually welcomed to the UK on Horse Guards Parade, rather than in the palace grounds.

President Trump will be staying at the US Ambassador’s residence Winfield House, near Regent’s Park in central London.

A state banquet in the palace’s ballroom will take place on Monday evening, with Mr Trump, the Queen, Prince Charles and the Duchess of Cornwall joined by the Duke and Duchess of Cambridge, along with other UK public figures and prominent Americans living in Britain.

On Tuesday, Mr Trump and Prime Minister Theresa May will host a business breakfast attended by the Duke of York at St James’s Palace.

Mr Trump will then visit Downing Street for talks with Theresa May, followed by a joint press conference. Mrs May has said she will step down as prime minister three days later on 7 June.

In the evening, the Trumps will host a dinner at the residence of the US ambassador attended by Charles and Camilla on behalf of the Queen.

The trip is expected to culminate on Wednesday 5 June with Mr Trump, the Queen and Prince Charles attending the national commemorative event in Portsmouth for the 75th anniversary of the D-Day landings.

A visiting leader will sometimes speak at the Houses of Parliament during a state visit, but this is currently not confirmed.

On the basis that there will be huge numbers of protestors on the streets of Central London, and also in Manchester, Belfast, Birmingham and Nottingham, there is a risk that some may decide to protest outside the offices of American owned interests, or disrupt staff and visitors to such places.

Whilst most protestors will be focusing their attention on causing disruption along the visit routes (see CSSC bulletin and map) extra vigilance should be applied to managing access control.

Some protestors may attempt to gain unauthorised entry to places where there are US owned interests or assets. In addition, all persons (Security and other personnel) working on customer sites in London should follow the TFL, and Police announcements on any impact on the Tube, Bus and other transport networks.