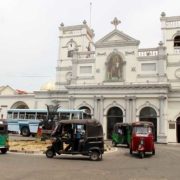 The Sri Lankan government has announced that the suicide bombers who attacked the churches and hotels in Colombo, and elsewhere on the 21 April, were from a Sri Lankan based Islamist group known as the NTJ. Significantly, the government has admitted receiving prior warning of attacks some two and a half weeks earlier, and again only ten minutes before the attcacks, but no preventative actions were taken.

The lesson for all of us is that reliable information and intelligence must never be ignored. Here at Corps Consult, we are constantly ‘banging the drum’ of the need for Security, and indeed non-security personnel, to report all and any suspicious activity, and behaviour, in real-time…

Once again we repeat the message that terrorists rarely carry out such attacks without first visiting and/or surveilling their targets. As a consequence, spotting and identifying ‘hostile reconnaissance’ is of paramount importance in any security programme. 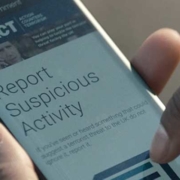 An exclusive Corps event with the Metropolitan Police

In February Corps Security hosted an Action Counters Terrorism seminar in collaboration with the Metropolitan Police. We’ve broken down the seminar findings into a two-part blog.

We were joined at the Institution of Civil Engineers in Westminster by Marc and Andy of the Metropolitan Police, who specialise in counter terrorism and protective security. The seminar was split into two halves, the first focusing on what we can do as civilians and businesses in the face of terror. Our team, along with over 60 delegates, left the educational breakfast event with far greater insight when it comes to dealing with potential threats. They also left with greater assurance of the fantastic work being done by the police.

The presentation kicked off by reminding us to raise the alarm against suspect behaviour – much like the vast swathes of content that often circulates the Met’s social media spheres. But how can the police expect us to raise the alarm if we don’t know what to do? Marc set out to tell the room ‘everything we [the police] know, within reason, so you know what to look out for’.

After a recap of the current threats, we were reminded of the most recent attacks in Manchester, Barcelona, Parsons Green, Quebec, Paris, London Bridge and Westminster. To inform the public adequately about the state of national security, the police are very transparent about threat levels. There are various threat levels in the UK, and we’re currently at ‘severe’ – the second highest, meaning an attack is highly likely. We moved up to ‘critical’ twice in the last four years – where an attack is expected imminently – and this was after the Manchester and Parsons Green attacks due to bombs being used.

What became quickly apparent was the fact that the police are constantly working with other organisations and updating their processes, practices and information relating to national security. For example, it was uncovered that there was not an adequate amount of major incident ready first aid kits available in London, so these were distributed to businesses around the city, and were first used during the London Bridge attacks.

It was then brought to the room’s attention that business continuity planning is still an issue. Many companies visited by the Met Police still don’t know what to do if they receive a bomb threat, for instance. The second half of the seminar was focussed on firearms and specific threats with Andy from the special firearms unit for the Met Police (SCO19) taking the lead and helping us understand the two worlds the police are up against, on the ground and online. After all, crime is often related to the internet in today’s world.

With lots of information to consider from the seminar, we’ve summarised the crucial tips not to be forgotten: