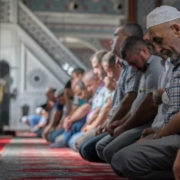 This sickening act of terrorism is another hate crime, which early media reports indicate is the work of far right extremists. My sympathies reach out to the victims and families, and it is my fervent hope that no Corps colleagues’ relatives are directly affected by these dreadful events.

If any colleagues, or customers of whatever faith, require advice or support regarding the protection of places of prayer, then do contact me. I have a lot of experience in such matters.
I have been warning customers and consulting clients for some time of the increased threat from far right extremists. MI5 is spending over a third of its resources investigating such groups, and individuals.

Vigilance in communities is key. We live in dangerous times, with hate fuelling violence against the innocent.

Here is a very brief summary of what we know so far:

Please see the ‘Iconic Site Guidance’ document, which contains useful information and guidance for protecting a wide range of sites. For civilian places of prayer, the key issue is to secure car parks, access points, and the perimeter, so that adversaries can be spotted before they get close enough to the main points of entry. A simple act, such as locking the main doors can gain precious time, even against armed attackers, to enable police armed response teams to arrive on site, and tackle the attacker(s). Slowing down the attackers’ ability to enter any premises can save lives! 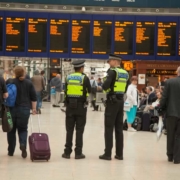 We set out below some guidance for identifying IEDs and Vehicle Borne IEDs:

What to look for: