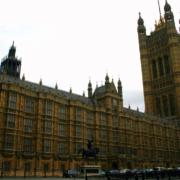 Following on from our special bulletin of yesterday, here is a further update on the terror attack in Westminster, along with some additional guidance, and information:

IMPLICATIONS FOR OUR READERS AND CUSTOMERS

The use of a conventional vehicle (in this case, a small car) demonstrates the ease with which terrorists can inflict death, injury and mayhem without recourse to firearms such as assault rifles, pistols or IEDs.  The implications for those involved in the protection of premises and property, is that focus must be placed on examining existing security measures and, in particular, having adequate defence in depth, i.e. a layered approach to protective security in place.  Thus, for example, outer perimeter security such as fencing, lockable gates, CCTV, access control, appropriate Hostile Vehicle Mitigation (HVM) measures, and of course vigilant and alert security officers, are all vital components in the prevention of attacks, as well as countering the gathering of hostile reconnaissance.

It seems more than a coincidence that the terrorist in this incident, after mowing down pedestrians on Westminster Bridge (an area frequently teeming with tourists and office workers) would then choose to crash his vehicle into railings close to, what is being described, as the weakest segment in perimeter security at the Palace of Westminster. This suggests that the perpetrator had this information to hand, and was thereby able to launch a knife attack, resulting in the tragic killing of an unarmed officer.  It must equally be acknowledged that by tackling the terrorist at that outer perimeter, the bravery of unarmed police officers restricted the threat of further death and injury beyond the very perimeter being guarded.

As a consequence of the above we pose some questions below which we hope will assist you to take practical steps to mitigate the threats from terrorism, and ramming attacks:

REMEMBER! It is vital that Access Control and anti-tailgating measures are as robust as possible, and that unauthorised persons are not allowed to gain access to your premises!

Despite this attack, the international terror threat level in the UK remains at severe, meaning an attack is “highly likely”.

Everyone should always remain alert to the danger of terrorism and report any suspicious activity to the Police on 999 or the anti-terrorist hotline on 0800 789 321.

Parliament and several other iconic sites within the Westminster area remain on lockdown, and Westminster tube station is closed.  Some customer premises within the Westminster district may also presently be on lockdown, although others located outside of the immediate secure zone, may not be affected.  Corps Security’s operations teams are in contact with relevant customer sites affected by the incident, and are providing support to our Site Security Management, and security officer teams.

Until all the facts relating to the incident are fully known, we urge all readers with premises in Central London to maintain the highest levels of vigilance, paying special attention to access control, as well as to the reporting of any suspicious activity around premises.  Those customers with premises in Central London will likely find disruption to public transport throughout this evening.